The story of the Samaritan woman at the well is one that reveals a huge truth that should be a caution to most Christians (find the story in John 4:1-42). Here, Jesus demonstrates gentleness and respect that unfortunately, most of us who call ourselves Christians lack.

To understand what I am about to say, let me give you a quick background (really quick) to this story:

Women were not valued nor viewed upon highly in that time.

Jesus was a Jew.

Jesus was a man.

See, told you it would be a quick background.

OK, hold that thought and read on.

After the women shares a comical discussion (in which she pretty much mocks Jesus), Jesus flat out tells her “I am the Christ”.  Actually, Jesus also tells her about true worship and how the Father is spirit.  One thing He does not touch is her “sin”, at least not the way you’d expect.  He uses her sin to establish his credibility but not to somehow tell her “you’re a sinner!” I think you know now where I’m going, but then again maybe you don’t, so keep reading :).

After the interaction, Jesus tells His disciples “My food…is to do the will of him who sent me” and “I sent you to reap what you have not worked for…” In other words, the work is the harvest.

OK what does all this mean? 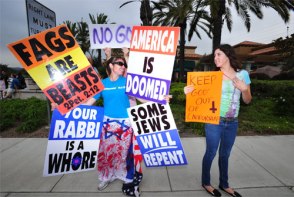 Why does this happen? Jesus was nor is anything like this.

As Christians we focus a lot on sin when dealing with the unbelievers or those not part of the “fold”.  We have churches carrying signs talking about how God hates fags and how God hates abortion.  But even worse, we have Christians who sees the sin of a person and completely miss the person themselves.  God does not approach people by slapping them in their face with their sin; as if they can do anything about that! Does not scripture say that God is the author and finisher of our faith? (Why yes it does, it says it here: Hebrews 12:2).  If he is the author and finisher of our faith, does it not stand to reason that he also works to sanctify us?

You see beloved, God is concerned with our sanctity, but He knows that apart from Him we can do nothing (John 15:5).  An unbeliever who lacks a relationship can only act as someone who does not believe.  Is there sin? Of course. Can we change them? No.  So why beat them with something neither they nor we can change instead of introducing them to He who can?

Jesus did not approach the Samaritan woman with her sin.  He did not even beat her with her sin and reveal to her the vile sinner she was.  Why would he?  He LOVED her.  Rather, he showed her who He was and allowed her to come to Him.  Isn’t that what we are supposed to do?

Let’s drop these silly banners of hate and let’s pick up the flag of love.  You know that cross dresser?  Yeah, why don’t you go hug her and love her?  Sit down and have lunch sometime and discuss life.  Who knows, maybe she’ll see something she wants.  And maybe she’ll reach out and grab it for herself.  And after that, if God wants her to change, do you not think He’ll let her know? Of course He will.  But that’s not your job (nor is it mine for that matter).

8 thoughts on “Lesson from the Samaritan woman”

Tales from a nutshell cracked open

Tales from a nutshell cracked open

Thank you for visiting my page :) Please make yourself at home. And if you want to comment on anything (anything at all....really anything..) please feel free to do so....please......with cherry on top :)

the war with sarx

thoughts on flesh vs. Spirit and other topics that concern a disciple of Jesus

Hiking Photography
Photographies from my soul

in our cinematic moment

A creative reuse studio after hours. A place for ideas, passions & debate.

Hoping to inspire and be inspired.

My soul speaks through my photographies

My journey to the Son
Peter Marcuse's Blog

Critical planning and other thoughts